As they say 'All good things come to an end' and sadly that end has come :(

It has been a fascinating journey traversing questions like 'What is poverty?', 'What is aid?', 'What is development?', 'Is equality realistic?', 'How bad can a road get?', 'Should I really eat that?', 'Is it too hot for cycling yet?', 'What the fuck is that animal making noise outside my tent?'.

So I return home to Ireland on Thursday not really knowing what I'm doing next. As I cycled down to the Cape of Good Hope I did ask myself 'Why didn't I continue all the way?' but with the similarity of cultures making it less and less interesting, the rain season approaching and the possibility of being ransomed in Nigeria, I thought best to retreat and re-plan.


After spending 2 weeks in Abidjan as nursing assistant to cycling buddy Tim who got malaria (not something you want to get unless you need to loose weight in a hurry) I headed for the Ghana border. The Ivorian people were so cool and relaxed it was sad to leave, not to mention the super kind Marianist brothers. Took the picturesque route along the coast via Coconut Village and cycled along the beach front at low tide to cross the border as the local road was too sandy to cycle on. Funny experience crossing a border on the beach. Ollie and Cindy had been shot at by the border police a few days earlier (I found out later!) but I must have cycled past on tea break!

In Ghana spent some memorable times on the beautiful beaches of Axim, Busua, Kokobite and finally onto Accra where we hit the town in Osu to meet a ship load of drunken British sailors. Headed north to Lake Volta, the largest reservoir in the world and then onto the amazing Wli falls. Found some chilled Ghanian people up north as opposed to the tourist mungers along the coast and also bumped into some Kente weavers.

Flight to Johannesburg involved a night stop over in Addis Abba, Ethopia and how surprisingly different it was ... Ethiopian food, music, culture very distinct so have to go back there!

First thing I noticed in Johannesburg was the barricaded houses with window bars, gates, electric fences etc. The city was nicer than reported but for the first time in Africa there were areas I should not enter. A very segregated society with inequality fueled problems, traditionally along racial lines but more recently along social classes (I think!) A very strange mix of 1st/2nd /3rd worlds with shanty towns around the corner from marble mansions.

Took the 28 hour train from Joburg to Capetown, a long time in a seat!, but was cool to see the savanah like scenery in the centre and then the vineyard adorned Drakenstein mountains as you approached Capetown ... maybe the nicest city in the world to live in ... stunning scenery all around but quite a Non-African white culture which was a little disappointing for me as I had fallen in love with random street stall culture.

Robben Island, wine tour, safari tour and then hanging out in Zebra Hostel as well as getting robbed in a township pub!

Greetings to Yves who is currently cycling through Nigeria, Cycling Cindy who is at the border (http://cyclingcindy.wordpress.com/), Ping and Noel who are also in South Africa (http://pingandnoelsblog.blogspot.com/) and to Tim who is on his way to Turkey.

Thanks for all the blog comments.

At one with the Toffee Crisp: Monrovia to Abidjan

Hanging out at cascading waterfalls, hiking up tropical peaks, lying naked in cold mountain streams, sleepful star gazing to nocturnal forest sounds - nourishment of the soul doesn't get much better than this.

Washing the bikes in Monrovia revealed the surprise of severely cracked wheel rims. So, avoiding the treasure hunt for new wheels we naively ventured on to a plethora of punctures along the way. The border between Liberia and Ivory Coast was closed, due to bandit activity, so we had to detour back into Guinea to lots of UN and military checkpoints along the way.

The Kpatkwee waterfall in northern Liberia was amazing. So also was the declining response we received from an old man when we requested to camp outside his house; 'the devil is in the bushes'.  People on occasion, especially in the countryside, get freaked out at the sight of a white man and sometimes run in the other direction.

A severe case of the shits while camping outside someones house left a trail of suprises for the owner the following morning but thankfully the hens had cleaned up a bit!

Re-entering Guinea highlighted how much Liberia had lost of its African identity and also reminded how bad the Guinean roads were - but once again the forest scenery compensated :) It was also a lot cheaper as we had 'chopped a lot of money' in Liberia. (Liberian English very hard to understand but thats one term I got)

We also met up with a long lost friend called 'Rain' and witnessed the mushing of the local roads. Starting to rain a little every second day or so even though the rain season is officially a month away.

Hiking up Mount Nimba in South Guinea was cool and with Yves persuasion we chose the scenic/piste route through northern Ivory Coast. It paid off encountering cocoa, coffee, cashew, pineapple plantations and also getting to sample a local delicacy of 'Agouti' - big rodent! as well as encountering preparations for an annual Fete Des Masque in one of the villages.

My wheel became impossible to true anymore but I just about made it to a big town called Man to find a supercharged Chinese replacement for a whopping 3 Euros! Ollie also was cycling with a spot weld on his axle.

The Ivorian people are the most relaxed nation so far, with little shouting or screaming at us, and its no surprise to learn that they are the most developed country in West Africa. Quite a distinct divide between the Muslim north and Christian south but the tensions here are more political than religious.

We swung by a city called Yamoussoukro, an unnatural political capital with an amazingly impressive Basilica - rivaling that in Rome but completed in just 3 years for an undisclosed price - a gift to God from the Ivorian president, stolen from the Ivorian people.

Then onto the real capital of Abidjan, a huge modern city rivaling any in the west. skyscrapers, spiraling 6 lane highways and the rest and most important of all a cheap Catholic Mission to stay at, notion to mention some booty shakin to observe https://www.youtube.com/watch?v=ZI34NyNpjXg

9,868km on the clock. Ghana next and then a direct flight to South Africa – my African curiosity has been satisfied enough to detour over Central Africa :) 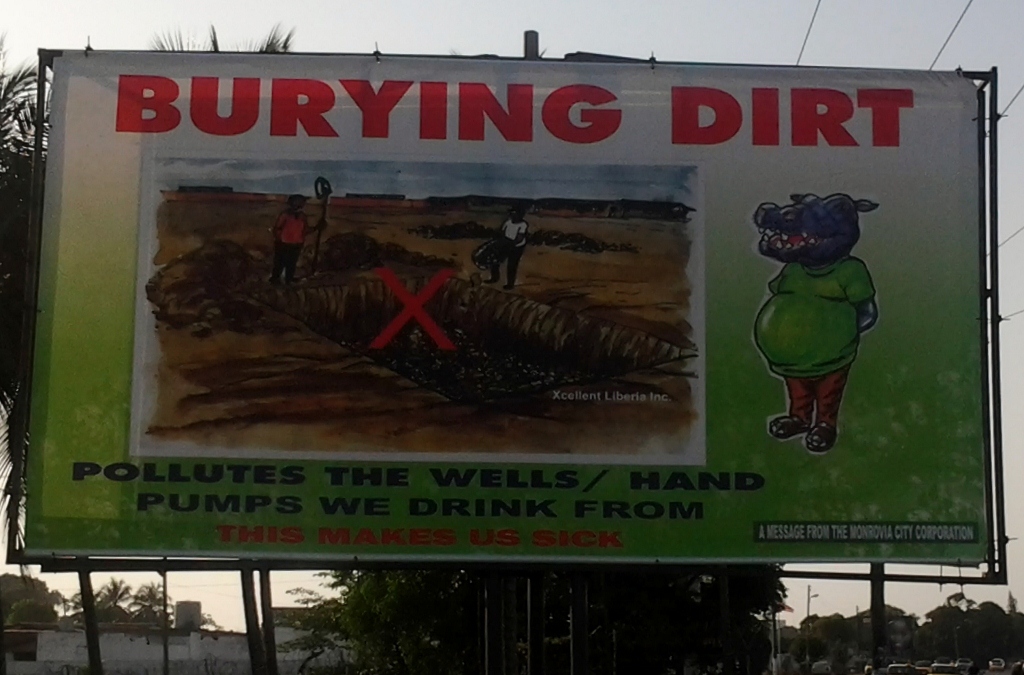 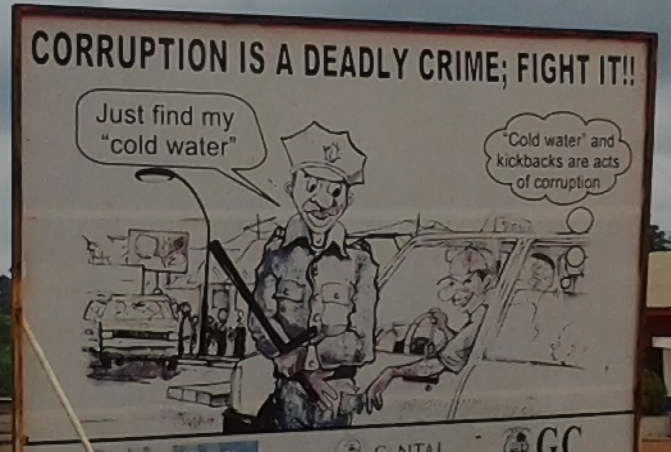 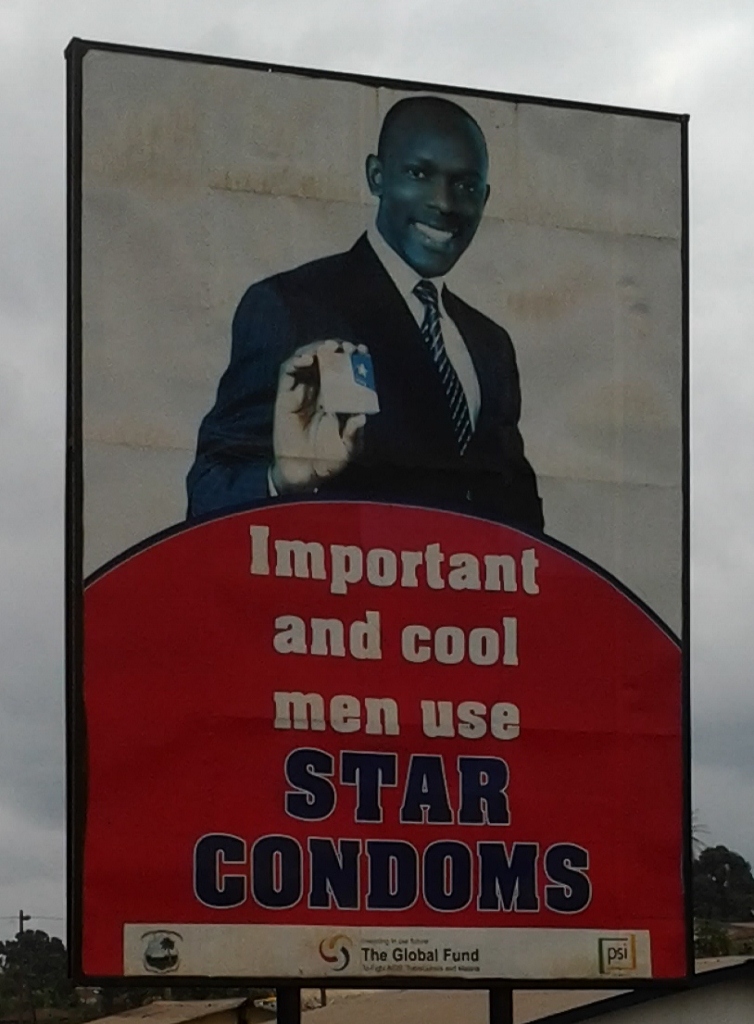 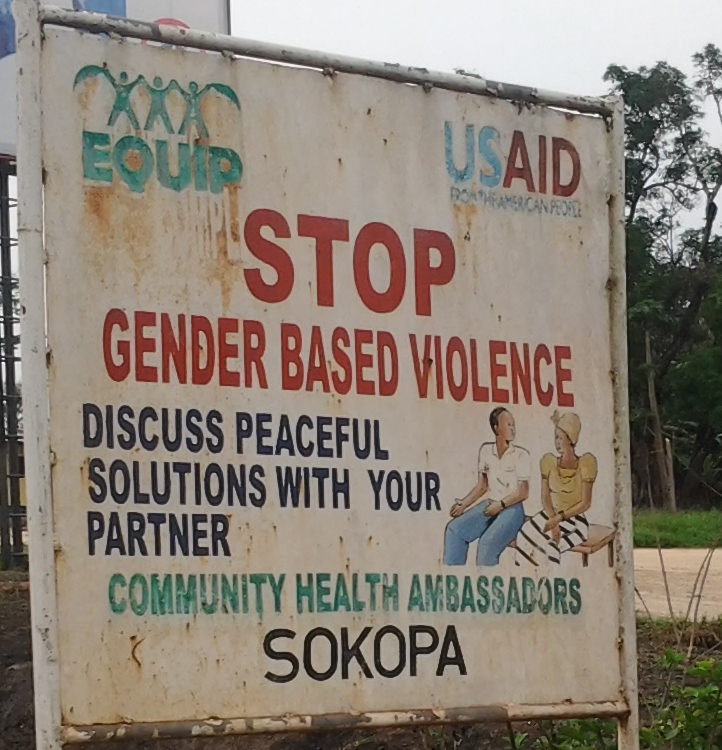 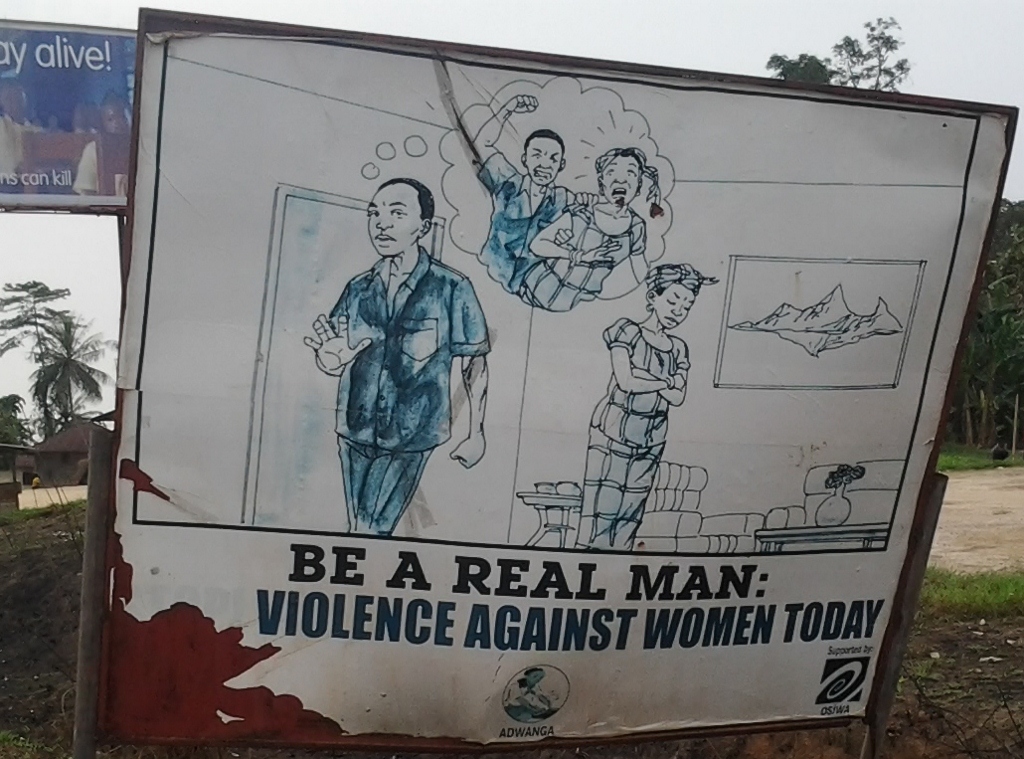 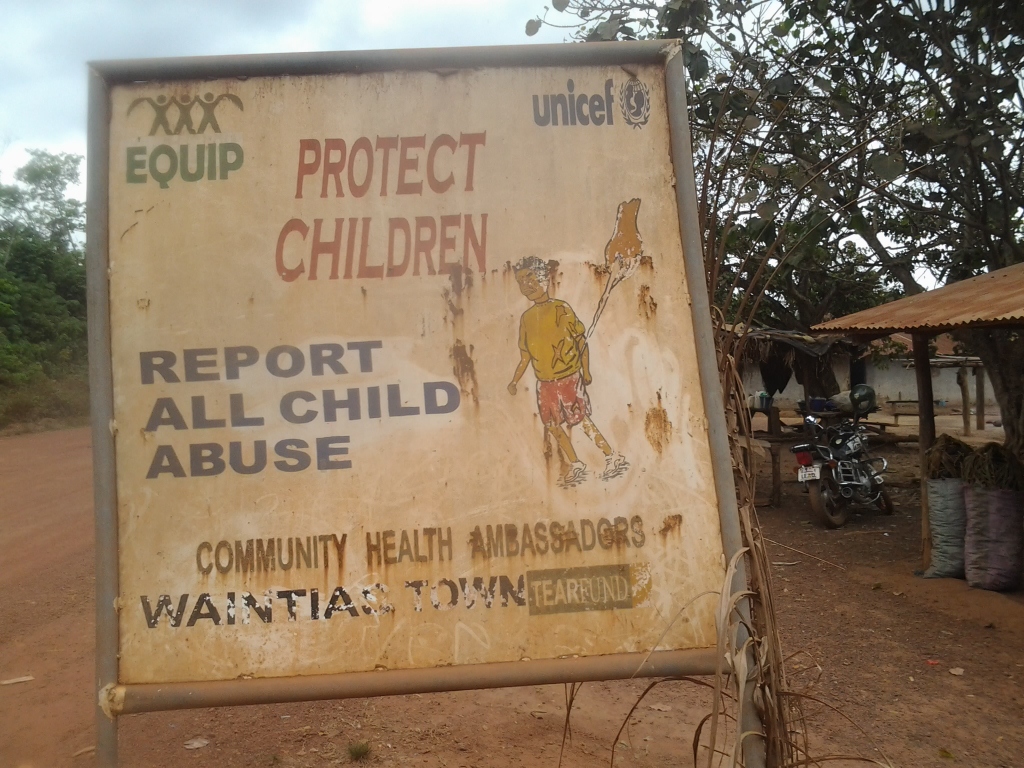 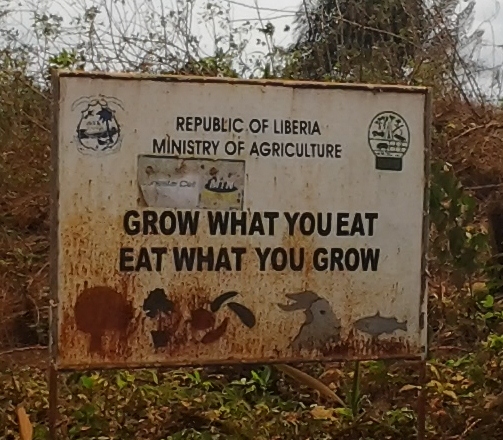 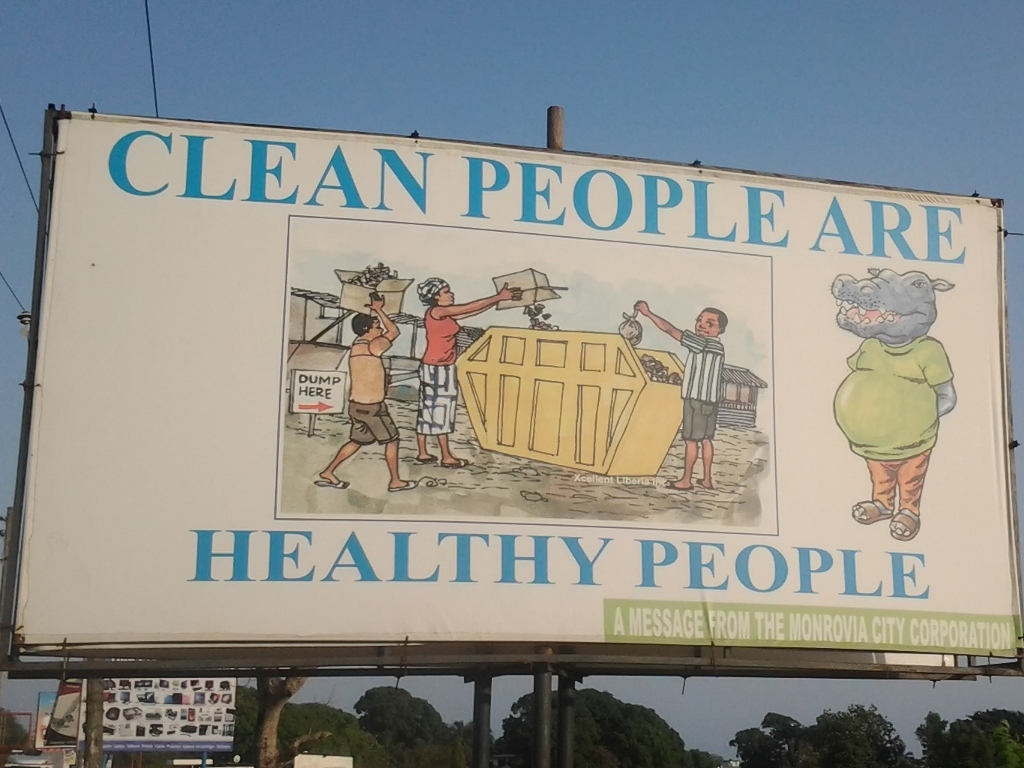 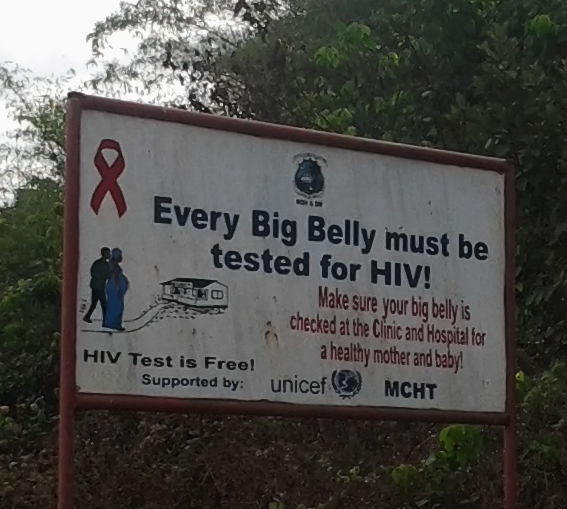 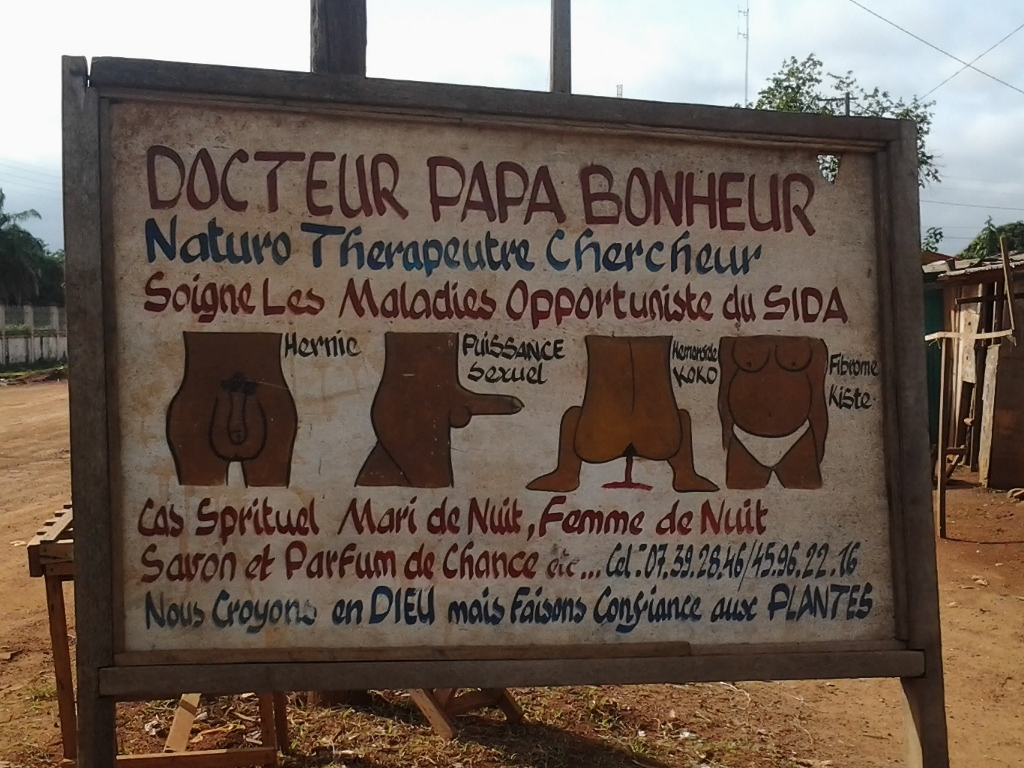 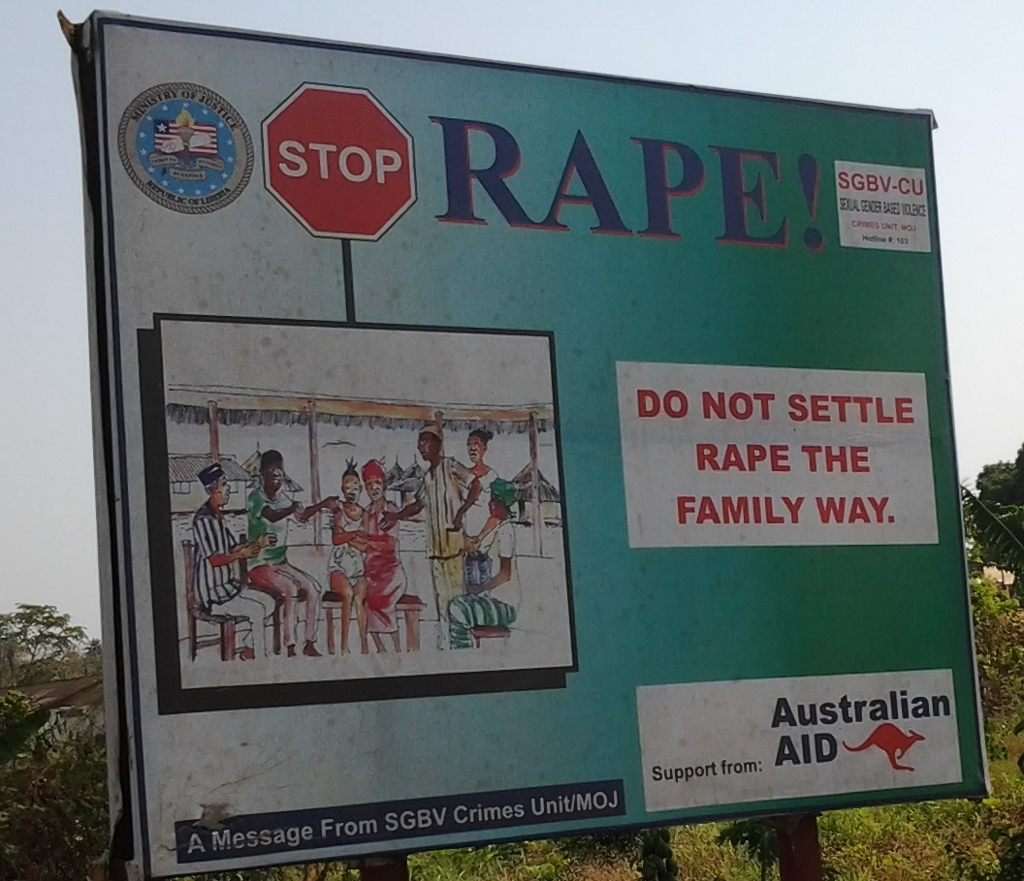 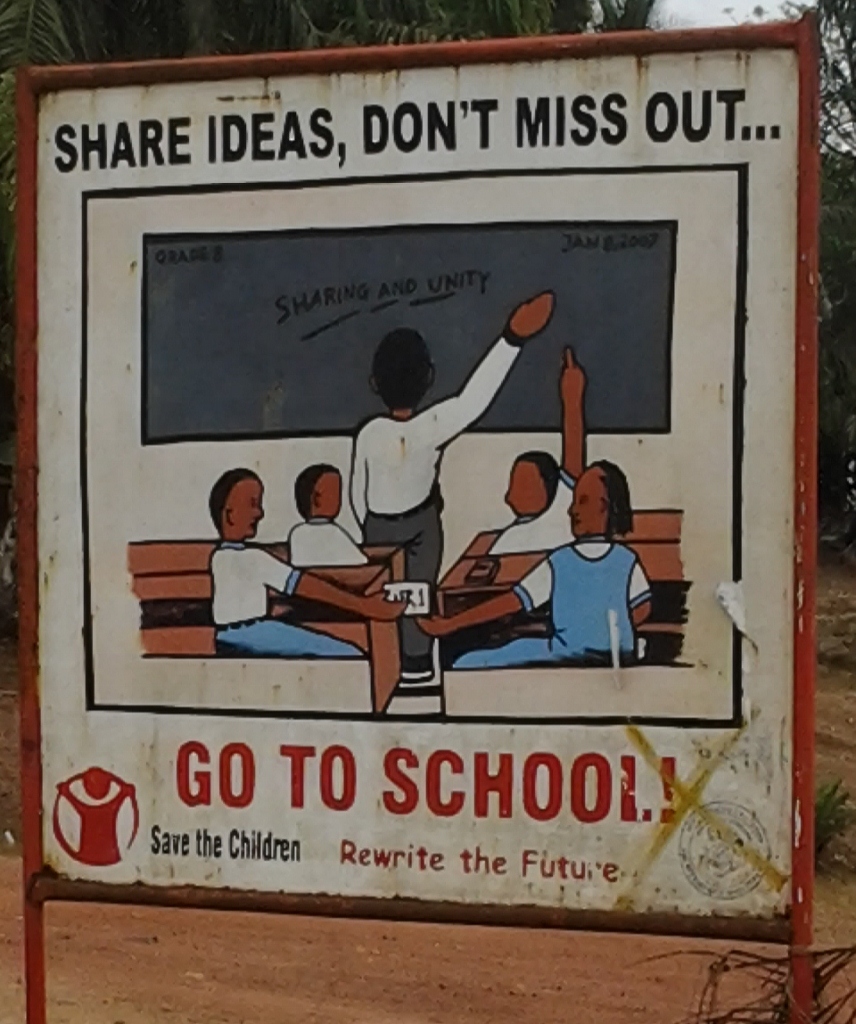 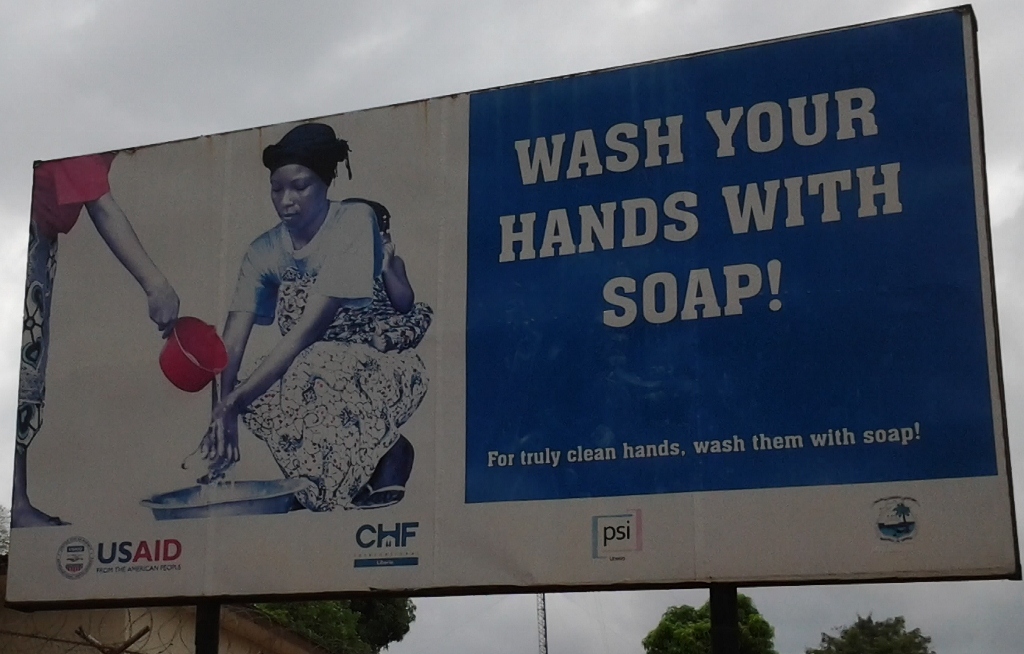 Posted by Unknown at 11:32 7 comments: Links to this post